Australia’s flagship airline, Qantas, officially announced it will replace 1,300 BlackBerry smartphones used by employees with iPhones. The company also made it clear it will fully switch to Apple handsets and services as soon as possible…

This is a major blow to RIM as the company is already drowning in financial losses, and criticism, over its lack of leadership and aging technology. Qantas employees have been pleading for quite some time for Apple handsets as they believe they are reliable, and more user-friendly.

This move is a critical aspect of Qantas’ strategy, as it will help them save a lot of money. RIM’s market shares are rapidly declining, and Qantas believes switching from BlackBerry to Apple is a safe bet. Analysts predict the loss of a major airline could potentially worsen if RIM can’t work quickly enough and release the highly-touted BlackBerry 10 platform soon enough. BlackBerry is facing an uphill battle as competitors like Apple and Samsung are edging the Canadian brand out of the game. 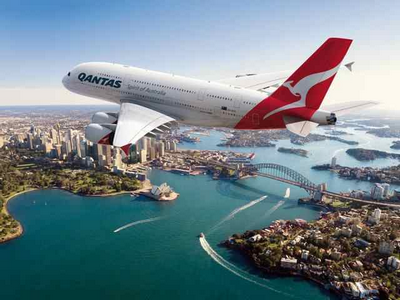 RIM’s reputation is being tainted by a lot of negativity. Losing support from a major airline is something the company can’t simply forget. Other large-scale companies could also make a move and change their BlackBerry handsets for iPhones or Android-based devices. Several large corporations have already devised their own backup plan in case RIM does fall out. The Waterloo-based company currently holds 0.1% of the Australian handset market. Many wonder if BlackBerry has a future in Australia.

Watching Qantas make huge strides by dumping the Canadian brand for Apple confirms how much faith the airline has lost on a company that used to be a market leader. Will other airlines also make a move? If not, they are at risk of facing the inevitable… Qantas has started to work on a new platform that will convert paper charts and other documents to electronic formats, readable on iPhones and iPads. The company eventually decided to follow a safer path, with Apple, as opposed to sticking around with BlackBerry.

Qantas also announced it will include seamless streaming in all their in-flight entertainment. The Boeing 767 airline fleet will be the first fleet to make full use of Apple devices. The in-flight entertainment will use QStreaming technology, which is developed by Panasonic. The technology is still in its trial phase but should be make its debuts within the next few months, if not sooner.

This article was written by John Barnes. For more from the same author, check out this article on BlackBerry Desktop Manager.

The Services Which Give Advantages To Companies