Safety is a serious concern for everyone who is involved in working with power plants. That concern has only been magnified by the events at the Fukushima Daiichi plant. The plant had several safety measures in place, but the designers of the plant had not considered the possibility of two natural disasters in such a short time span. Monitoring systems and backup systems are useful, but what do you do when your systems fail and then your backup systems get knocked out too? The nuclear industry learned a lot about safety following the events in Fukushima, and they are constantly working to improve the safety of nuclear power. 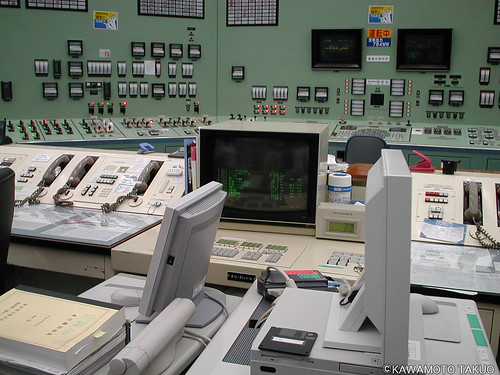 The main safety concern at a nuclear power plant is the risk of the emission of uncontrolled radiation into the environment. The impact of uncontrolled emissions could be catastrophic, and could render land near the reactor uninhabitable for many years.

Nuclear power stations include multiple, redundant safety systems. Each system has a back up, and each system is designed to cope with equipment failure, and with human error. There are industrial control systems at each level of the plant’s operation, and monitoring systems that alert operators to dangerous situations. Safety systems include:

In most installations, the level of radioactivity is controlled using neutron-absorbing control rods. These rods are inserted into the reactor to reduce the level of neutron flux taking place in the reactor core. In modern nuclear power stations, reactors are designed in such a way that as the temperature increases, the efficiency of the reactions decreases, causing the reactor to slow down automatically, adding an extra level of safety beyond what is provided by the use of control rods.

Water is the most commonly used coolant in nuclear reactors, however some reactors use sodium or sodium salts.

Monitoring systems don’t just track the level of radiation around the reactor itself, they also track the amount of time that workers spend in areas where there may be radiation, and monitor individual doses too.

In the event of a core meltdown, the objective is to insure that the impact of the incident affects only the plant itself, not the nearby area. Industrial control systems are designed to limit the impact of any systems failures, and ensure that problems are responded to in a timely manner.

As part of the ongoing evaluation of the safety of nuclear reactors, scientists and engineers are investigating the possibility of using different fuels that have a shorter half-life. This would reduce the problem of nuclear waste disposal, and make crisis management easier if the worst were to ever happen.

Nuclear safety is a serious business, and improvements are always being made. You can’t account for every eventuality, but in this case, it’s definitely worth trying to.

This post was written by James Harper on behalf of Lee-Dickens who provide industrial control systems and monitoring systems.

How To Get Stable Cellular Signal, Almost anywhere ?