RIM’s future looks bleak as its market value is plunging deeper than ever. With a third of its workers gone, the company decided to make another statement. The unexpected move may have not been a good idea after all. The senior board members have gone all out to answer the lingering questions from the media, as well as investors, and loyal customers.

In an interview, RIM’s current CEO, Thorsten Heins, reassured the public that BlackBerry is not on the verge of losing everything in the market. As far as the CEO is concerned, there is nothing wrong with the company at the moment. While several reports indicate that RIM is on its way to losing everything, some investors feel it may be time to replace RIM’s current CEO by someone who can bring the company back up from the ashes.

The interview did little to sway analysts and investors. In fact, many have started selling RIM’s stocks and looked for alternatives elsewhere. In another recent interview, a spokesperson indicated that RIM will never give up and will not throw in the towel. 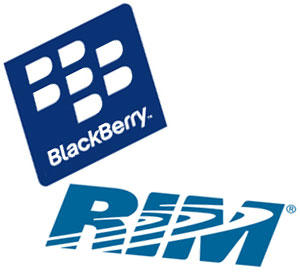 RIM has over two billion dollars stashed away as a result of its accumulated profits and over 80 million users worldwide who are still using BlackBerry handsets. This does not seem like RIM would easily give up, especially when it is still dominating in some markets outside of North America. While naysayers are predicting the company to slide quickly, others are pointing out that the percentage of the American market is small compared to the bigger market overseas.

RIM will do the best it can to remain competitive despite of the existence of powerful yet affordable Android and iOS handsets. The company was hit hard with a reported loss of more than $500 million earlier this year. This led to thousands of jobs being cut and the launch of BlackBerry 10 being delayed.
A couple months ago, RIM’s CEO officially announced that RIM has been working closely with several banks to explore various financial options, but at this point there has been no talk of putting the struggling company on sale.

With RIM’s lacklustre sales, investors are quickly pointing out it’s about time the company looks for a CEO who is capable to take the company back to its glorious days when BlackBerry handsets were very competitive. It is however hard to imagine such scenario with Android and iOS devices dominating the market.

Recommended Gadgets For Your Kitchen