Smartphone industry is developing rapidly; it came to the moment when middle-class phones have excellent screens, fast processors and high-resolution cameras. It means that, today, you can find an excellent, but cheap smartphone. If you are looking for something like that, this list can help you. For less than 200 euros you will get a 5 inch HD display, 8MP camera, and an upgrade to Android 5.0 lollipop what makes this device one of the best on our list.

It is an excellent device, which fully justifies its price and has no direct flaws, unless you do not need a high quality camera. If you want something a little smaller and cheaper than the Samsung Galaxy Note 3, Xiaomi Redmi Note Fable is the device for you. It has HD display, an eight-core processor, 13 MP camera, 3200 mAh battery, which has above average durability. The device runs on Android 4.4 KitKat.

Xiaomi Redmi Note, with its very powerful processor, 2 GB RAM and great screen, will win your hearts and its Dual SIM system and reasonable price will win your wallets. Zenfone 5 is not the prettiest phone out there, but it is one of the cheapest and can be found at the price of 170 euros at online mobile shop. Asus did not invest much in the device’s appearance, but it invested in its power and performance. Zenfone 5 is powered by a 1.6GHz multi-core Intel Atom processor, it has Dual SIM support, 5-inch screen and 8MP camera.

Battery duration, in the combined usage of the phone, is three days. The hardware is optimized with a great operating system, what makes Assus Zenfone 5 one of the most stable phones on this list. Huawei Ascend G6 stands out with its style and accessibility among devices that carry the label of affordable, but devices with a good performance. Ascend G6 with a starting price of around 140 euros is much cheaper than the mainstream models, but it follows them in terms of performance even surpasses them in terms of design. Huawei G6 has a 4.5-inch IPS screen, 4-core 1.2GHz chipset, the 8 MP main camera and the 5 MP front one.

Huawei Ascend G6 is lightweight, comfortable to hold in your hand. IPS screen of 4.5 inches is great for one-handed operation. Design and workmanship are at the highest level, and it has support for the LTE networks. Balde Q has a 4.5 inches screen and a 5 MP camera. Under the phone’s cover there is a 1800mAh battery which quite nicely hold the phone in life. The manufacturer claims it can hold about 12 hours of talk time, which is slightly above average.

ZTE has once again managed to make an excellent smartphone at an affordable price. Good performance, solid camera and nice design are the main advantages of the device. Blade Q is a great phone for those who are not willing to spend too much money, but still expect a solid performance and aesthetics. Nokia Lumia 735 offers a 4.7 inches screen with a resolution of 1280×720 pixels. The number of pixels per square inch is 316ppi, the screen is made by using OLED technology. With a very active usage of the device, the battery life is 2 days. Camera resolution is 6.7 megapixels and the photos, taken with this device, are more vibrant, brighter and more saturated than the photos from leading models on the market. Nokia Lumia 735 has a 5-megapixel front camera and it is a great choice for the asking price. LG L90 is definitely a worth competitor on the smartphone market. Price, speed and consistency in work are probably its biggest advantages.

The screen size of 4.7 inches, 8 MP camera, powerful battery that can comfortably hold for 2-3 days and extremely affordable price of the LG L90 gives its competitors an enormous headache.
You do not have to spend huge amount of money to have the best of what smartphone can offer. As you can see, there are devices on the market that offer too much for their asking price, and that can be a great alternative for the mainstream models. 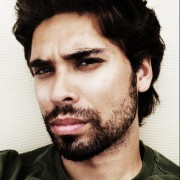 Neil Adams
Neil Adams is an Australia based entrepreneur and aspiring writer who’s been running his own online business for four years now. His interests are in the fields of marketing, startup culture, business psychology and self improvement. When not in his home office he loves adventuring around Australia and beyond.

6 Kinds of Emerging Green Tech That Could Change Our World